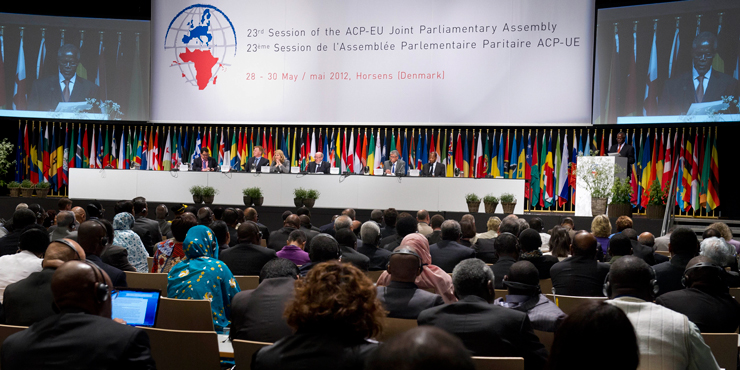 Global economic inequalities are major sources of injustice. As a key international actor in this realm, the EU wields enormous power to influence the course of global trade and development policies. Is it possible to square solidarity for the deprived ones with pressure for competitiveness; how does the EU conceive of its duties with regard to ensuring a more just economic order at the global level?

The EU has significant economic power both by the size of its aid budget and through trade agreements securing access to the European market. Yet, the EU is also under pressure to secure its own position in an increasingly competitive global economy.

The risk of dominance is evident, as the EU could potentially dictate the terms of trade with its partners in the developing world. But a policy of redistribution (developmental aid) may not fare much better. New types of injustices appear when living conditions are determined by the benevolence of a dominating agent. A voice must be given to the affected parties. Thus we pay attention to the underlying question of power, and investigate the actual practice of the EU's policies towards trade and development. GLOBUS further pays attention to the principles and procedures developed, as well as what notion of justice underpins them.

In the realm of trade, we will inter alia study the shift from preferential to reciprocal trade agreements between the EU and the African, Caribbean, and Pacific Group of States (ACP). What did this shift signify for Botswana, Mozambique, and South Africa, three countries with different trade preferences and needs? We examine the content of the new Economic Partnership Agreement (EPA) and compare it to multilateral trade rules. How did the EU proceed during the negotiations? In line with the conception of justice as mutual recognition, we are particularly interested in the extent to which the ACP countries’ perspectives were taken into account.

The intersection between the EU’s trade and development policies is another focus area in this work-package. While the EU’s development policy is generally commended for generous contributions and focus on recipient ownership, its trade policy with developing countries is one of the EU’s most criticised and controversial policy areas. What happens when the two policy areas meet? Which goals and values does the EU prioritise?

What happens when trade and development meet? Which goals and values does the EU prioritise?

One case we will look at is the EU’s recently established Aid for Trade (AfT) policy, which aims at helping developing countries benefit from trade agreements. What is the conception of justice underpinning the EU’s approach to aid for trade? Does it differ from that of other international actors?

In assessing the EU’s development policy, we will draw out factors that inhibit or facilitate the EU’s ambitions with regard to justice promotion. One way in which we will do so is by comparing and contrasting the principles of justice underpinning the EU’s aid policies with those of the United States, China, Brazil and South Africa. We pay particular attention to assessing a putative gap between rhetoric and practice. To what extent does the EU overstep what it preaches, perpetuate a situation of dependence, or even exercise arbitrary power?

An adequate approach to justice takes heed of the experiences of those affected by the policy.

When examining the EU’s development policy we emphasise that an adequate approach to justice takes heed of the experiences of those affected by the policy. In line with this concern, we aim both to identify how the EU’s aid policy is perceived and experienced in recipient countries, and which conception of justice underpins the position of other actors in relation to the EU.

List of GLOBUS members on Trade, development and global justice