The EU and global justice 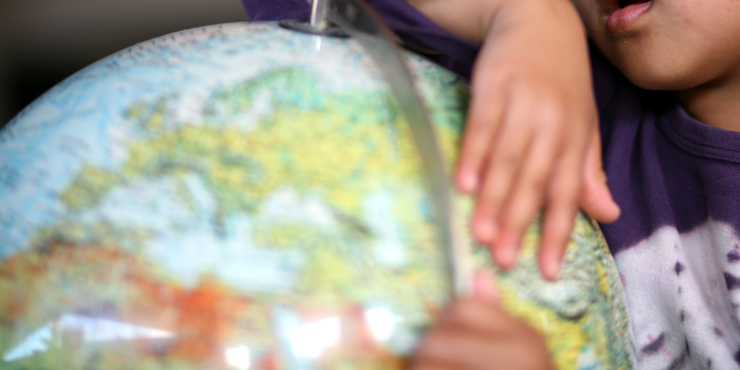 Due to the fact of globalisation, there is now a context of justice beyond the state. Migration and security issues as well as trade schemes and climate changes know no borders and are affecting the interests and values of human beings worldwide. They have a global reach. All are vulnerable to climate change, and migrants and refugees are subjected to domination because they lack status of being a citizen.

Justice is most often thought about as a question of a fair distribution of goods and resources – hence the quest for a global distributive justice. But also a hegemon can distribute goods in a just manner. In that case we are faced with the problem of paternalism and new forms of injustice. The focus on distribution of goods in theories of justice blends out the first question of justice, namely that of political power. This is the question of how the goods were produced and allocated in the first place. Injustice stems from being excluded from determining who gets what.

The primary concern of justice is thus not with how many goods a person should have, but rather with the kind of standing actors have – whether they are free or whether they are subjected to the whims of others.

GLOBUS engages with the nascent theoretical debate that has developed in the context of globalisation. It adds to this debate both by developing a novel conceptual scheme of how justice can potentially be achieved and by discussing the principled and practical dilemmas involved in promoting justice in issue areas of key importance to a theory of global justice.

GLOBUS develops a conceptual scheme that takes into account the fact that the concept of justice is contested. It delineates three different conceptions of how the EU might contribute to ensure a more just global order. The first conceives of justice as non-dominance, the second of justice as impartiality and the third of justice as mutual recognition. All three conceptions rest on the insight that concerns with justice apply not merely to outcome but also to political structure and the standing of actors. They all come with strengths and weaknesses as they prioritise differently the main concerns of justice. The three-dimensional analytical scheme allows us to deal with the dilemmas and pertinent concerns that appear when we are to identify a robust theory of global political justice.

List of GLOBUS members on The EU and global justice