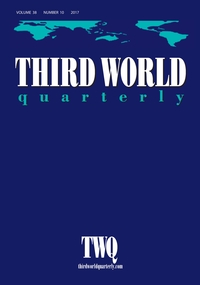 Does the EU’s Aid for Trade (AfT) initiative contribute to global justice? Complementing work that considers distributive justice, in this paper we adopt the central tenets of the republican theory of non-domination as a regulative ideal for justice in international relations. We evaluate the extent to which the EU’s AfT initiative results from reduced political domination in international trade negotiations, and if that then mitigates economic dependency between European and African states. We first provide a qualitative account of the processes that led to the establishment and subsequent development of AfT. We then consider the extent to which the AfT has promoted the reliance of African states on European foreign direct investment (FDI) relative to FDI from other regions (including and especially from within Africa itself) using subnational, project-level, data. Our findings suggest that EU AfT does not reinforce dominating forms of dependency in the international arena, at least when measured by the source of the FDI that it attracts, while AfT is itself an outcome of somewhat less dominating power relations in trade negotiations between wealthier and poorer states.