Helene Sjursen and Joachim Vigrestad have published a chapter in the new book The External Action of the European Union. 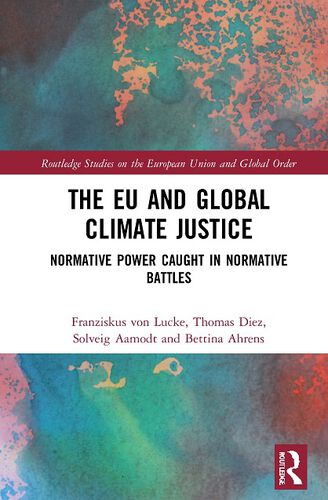 The EU and Global Climate Justice

A new book by Franz von Lucke, Thomas Diez, Solveig Aamodt and Bettina Ahrens based on GLOBUS research, examines the EU's contribution to the development of the global climate regime within the broader framework of global justice. Johanne Døhlie Saltnes and Markus Thiel have published an article in a special issue of The Journal of Common Market Studies. The European Union and the BRICS: Wither the ambition of a just global order?

In this report, Helene Sjursen discusses how much common ground it is possible to find between the BRICS and the EU with regard to what should be the core features of future global order. Russia’s Conception of a Just International Order and Its Commitments with the Council of Europe: A Difficult Match Global Justice and Its Challenges: The Case of the EU’s Approach to Syria Just Power Europe or Overpowering the South? Exploring the EU’s Relations with Developing Countries in the Climate Field A Break from the Past or Business as Usual? EU-ACP Relations at a Crossroad Cohesion, (non-)Domination, and Regional Organisations in the EU-SADC EPA Negotiations