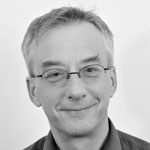 Chris Lord is Professor at ARENA Centre for European Studies. He has a PhD in International Relations from the London School of Economics and Political Science (LSE). His research has been a consistently inter-disciplinary enquiry at the interface of political philosophy and political science. It has applied difficult questions raised by the legitimation of political power to the study of the European Union. Beginning with the development of a framework for evaluating the EU against democratic standards – a Democratic Audit of the EU – his research has made several moves that go well beyond conventional understandings of the fact-value distinction in political science.

Lord has acted as an expert for several public institutions, including the European Commission and the European Parliament. His main research fields are political theory and questions of legitimacy and democracy. Key publications include ‘Utopia or Dystopia? Towards a Normative Analysis of Differentiated Integration’ in Journal of European Public Policy (2015) and ‘Accountable and Legitimate? The EU’s International Role’ in International Relations and the European Union (Oxford University Press, 2011).