The EU and Covid-19: Overcoming the lockdown mindset on migration

While the EU seems even less inclined to change its restrictive approach to migration during the coronavirus, the pandemic offers a window of opportunity to advance measures that would fit with the EU’s purported stance as a liberal vanguard in the international landscape, argues GLOBUS researcher Michela Ceccorulli.

Every crisis brings with it its own jargon and the Covid-19 pandemic is no exception. Words such as quarantine, immunization, contagion, social distancing and lockdown are here to stay.  Moreover, the language of the pandemic has blended with a war-type language. The narrative used and the strategies arising from it, may overtake the ends and become the new normal. Social distancing and lockdown, for example, may not only be problem-solving tools; they could also turn into prevention devices. How has this been reflected in terms of responses?

While the first impression is one of a European Union even less inclined to overhaul its restrictive approach to migration, the pandemic offers an unequivocal window of opportunity to advance measures that would soundly fit with the EU’s purported values and stance as a liberal vanguard in the international landscape. The time is now, and once this train has passed, it will be much harder to get on board in the future.

The effects of Covid-19 on mobility and migration have been massive. For the second time in less than five years, internal mobility in the EU has been put at stake: not a good sign for an entity which distinctive feature is free movement of people. Economic sectors depending on intra-European mobility have been affected, such as tourism, agriculture, farming and trans-frontier business but also social and cultural ties such as students and research mobility. Migration has also been impacted. A ‘state of alarm’ has followed suit as often happens during internal breakdown with disruptions in normal life and policies.

The irregular migrants and asylum seekers have been left in an even more difficult situation than they were before the spread of the virus.

The pandemic has further underscored the difference between regular migrants and ‘others’ (irregular immigrants and asylum seekers). The irregular migrants and asylum seekers have been left in an even more difficult situation than they were before the spread of the virus. The temporary halt of ‘Dubliners’ (asylum seekers to be returned to the country where they were first registered according to the Dublin Regulation) and return processes has led to a dire situation where many asylum seekers are in a difficult situation, particularly visible in Calais in France and Moira in Greece. Crammed, with poor sanitary conditions, scarce access to healthcare and less assistance offered, many ticking bombs are ready to go off.

The more interesting considerations of the effects of the pandemic are those regarding the EU’s attitude towards the external world. How do lockdown and social distancing affect the European Union’s external governance of migration?

Italy is not a place of safety. So what?

After Greece barricaded its frontiers and decided to suspend asylum procedures in reaction to a new surge in arrivals from Turkey, Italy’s self-declaration as no longer being a ‘place of safety’ due to the pandemic raised the issue of lockdown implications. Italy’s announcement conceals a paradox and uncovers key weaknesses of the European governance of migration.

To be fair, public health is an irreducible right a government owes its population; Italy has clearly been suffering from the pandemic and is still far from recovering. But the implications of such an action should be examined. Is the safety of migrants at stake? And for how long should the lockdown last?

Italy’s announcement conceals a paradox and uncovers key weaknesses of the European governance of migration.

This crackdown could seem like a preventive measure against the work of NGOs in support of migrants and asylum seekers. But ‘spontaneous’ arrivals keep on mounting, with the risk that not all migrants are properly quarantined. And it looks a lot like passing the buck, but to whom?

Where should the migrants go?

Thus far, it is not clear where migrants should go, given the similar self-declarations by Malta and Libya. With NGOs docked in ports because of the coronavirus, the Mediterranean is almost empty. The absence of an EU-wide search and rescue effort increasingly looms. Such an effort would be even more necessary from now on, since good weather is enticing departures, and frontline states will be even more pressured by reception and assistance duties. Moreover migrants’ lives are still threatened by civil war and further menaced by the coronavirus, which could easily proliferate in countries with sanitary systems that have been destroyed by hostilities and where migrants are crammed into dire and dangerous detention centres.

The role of the Commission in brokering a deal on disembarkation among member states could be much more incisive here. Libya is not a safe place, but neither was it before the pandemic. At least for the moment, the EU does not seem prone to re-consider its cooperation with the country to halt the outflow of migrants. This is known in Libya given that leaders keep asking for more funds to be devoted to the Coast Guard. Massive funding is also at the centre of cooperation with Turkey to halt inflows towards the Union now that the 2016 Statement is about to expire. But how can a big disbursement of cash occur in the likely scenario of the European Union in economic recession? And how much would a prolonged lock-down cost the Union in terms of external credibility and allure?

Covid-19 may possibly consolidate the EU’s current path. However, blaming the coronavirus will not exonerate the Union from endorsing just policies, intended as actions to envisage institutional frameworks and solutions which fairly balance the needs and rights of states, individuals and the most vulnerable. Nor would it serve the EU’s long-term interests. The pandemic is going to exacerbate already vulnerable people, certainly those of persons displaced by protracted wars or whose life is suspended in detention or reception structures.

A recent report by the UN World Food Programme made clear that diffuse contagion coupled with lockdown measures would certainly lead to ‘biblical famines’. This bleak forecast has been supported by the World Bank and the International Monetary Fund and may have an impact on the propensity of persons to leave for better situations. These reasons should be sufficient for the EU to immediately respond.

First, much more should be done to help deal with these vulnerable situations by providing funds and inviting a more proactive role for organizations dealing with health issues (such as the Red Cross) in tandem with migration and asylum organizations (UNHCR and IOM). The European Union has already committed funds, but this has been diverted from other external action dossiers. Overall, this requires that the budget for the external dimension to be greatly increased and streamlined to deal with these types of occurrences.

Second, the EU should look to Africa, with its opportunities and challenges. What happens in the EU’s neighbouring continent could determine the Union’s future as well, especially if the Union aims to ‘immunize’ itself against possible disruptions.

Safe paths of entry into Europe should be strengthened, especially for persons in need.

Third, the EU should engage in a much more proactive diplomatic role to be a ‘true geopolitical actor’. It should contribute to hampering hostility and destruction of health facilities and avoid situations in which the spread of the virus worsens the situation of displaced people. Many civil conflicts have turned into a theater of competition for regional power and influence. Libya is an example of how the Union is side-lined.

Fourth, safe paths of entry into Europe should be strengthened, especially for persons in need. Resettlement has been suspended for now; but it is urgent to foster European humanitarian corridors, along the lines of those proposed in the European Parliament some months ago. Libya would be an excellent starting point.

The negotiations of the EU’s new long-term budget provide a window of opportunity. Digital and Green Europe has been strengthened as a response to the pandemic. Let’s hope that a truly forward-looking deal on migration and asylum (as promised) is as well. 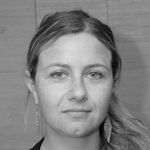 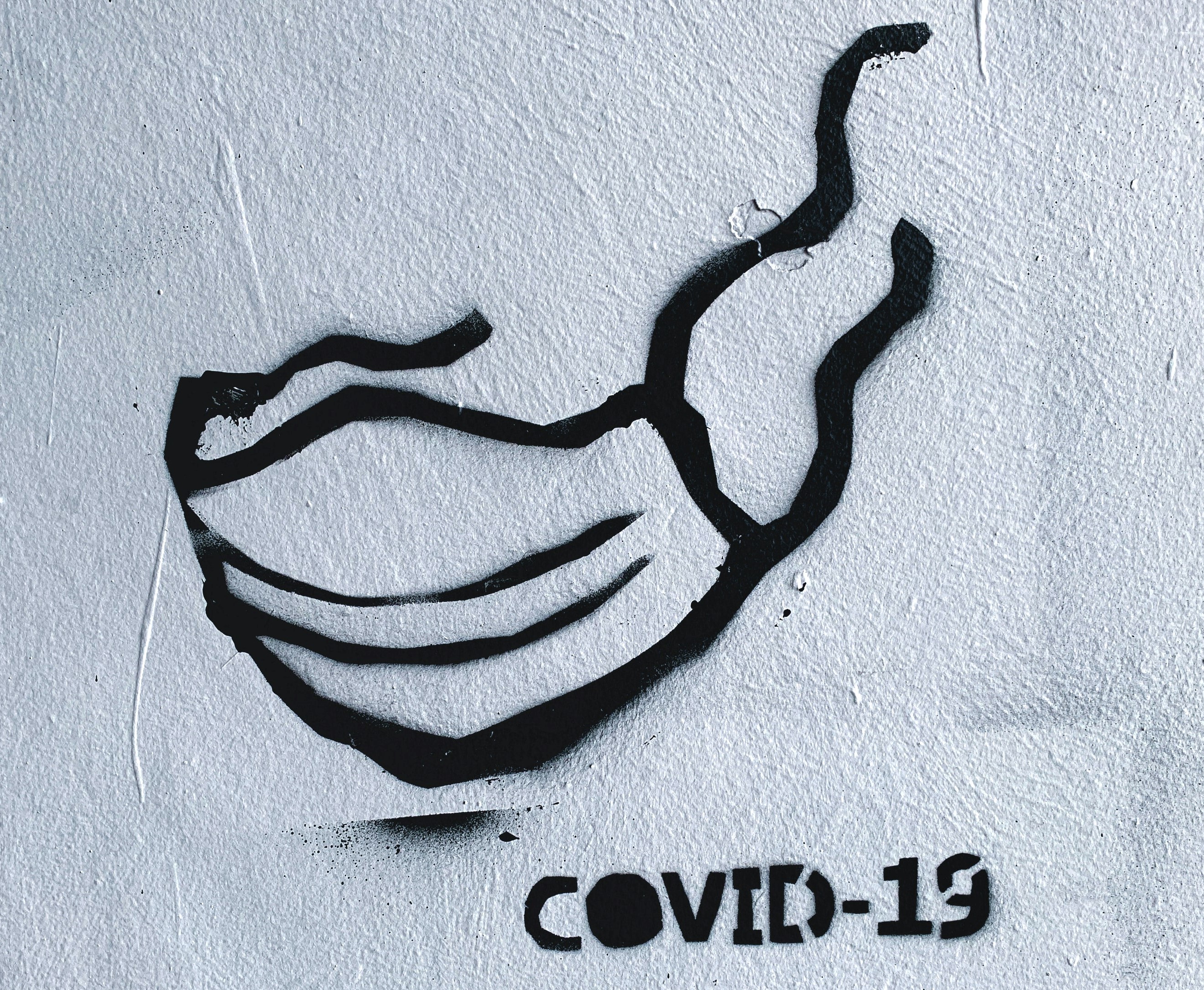