Main navigation
Sub navigation
Publications > Books and articles > 2020 > Is the Curtain on the Stage of the Liberal Order Closing? 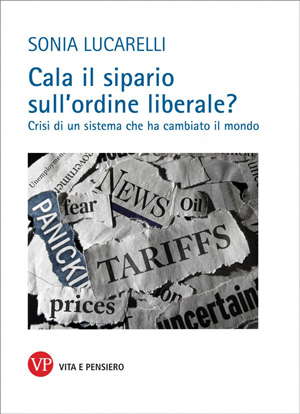 From its beginnings, in the aftermath of the first post-war period, the liberal order has significantly changed the plot, actors and tones of international politics, aiming to create institutions and norms that harness the forces that for centuries have led political communities to wage war. Never fully accomplished, the liberal order has produced the most significant network of connections between societies, making the war improbable in the areas in which it has become more profound. An ambitious model which, refusing to separate the peaceful space of liberal democracy and the international one of the Westphalian states, promises widespread well-being, security and prospects for progress for individuals and groups. Today, however, much of the original liberalism seems to have been lost. The free market has been supplanted by global oligopolies; the centrality of the individual has been replaced by the politics of identity which hypostatizes group membership; the promise of well-being for all has been substituted by growing inequalities. Failed promises of liberalism that have delegitimized it, originating antagonistic manifestations that replace trust in progress with skepticism towards the forces that make it possible (science, technology, knowledge). The effects are evident both internally in liberal democracies and internationally. The volume analyzes the foundations, evolution and crisis of the liberal order, highlighting the challenges posed by neoliberal recipes to the global economy, the digital revolution and the need to combine security and rights, particular claims and a universalist vocation. Donald Trump's election, Brexit, sovereign populism, the crisis of multilateralism, Euroscepticism are interpreted within the overall framework of an order that has become victim of its own failed promises. The result is a complex and articulated framework, in which technological, social, political and economic processes are intertwined, on a global, regional and national level. The final outcome is more than a concern for the fate of the international law-based order, national institutions based on liberal democracy and political integration processes such as the European Union. The challenges are such that the ability to resist will not be enough: the ability to adapt and transform will be necessary. Only in this way will the curtain on the liberal order remain open.

Is the Curtain on the Stage of the Liberal Order Closing? Crisis of a System that has Changed the World

E-mail this page
>
Books and articles > 2020 > Is the Curtain on the Stage of the Liberal Order Closing?
Fb Twcontact@globus.uio.no