The African continent is an important trade actor for the European Union. Is the way in which the EU structures its trade negotiations with these countries just? 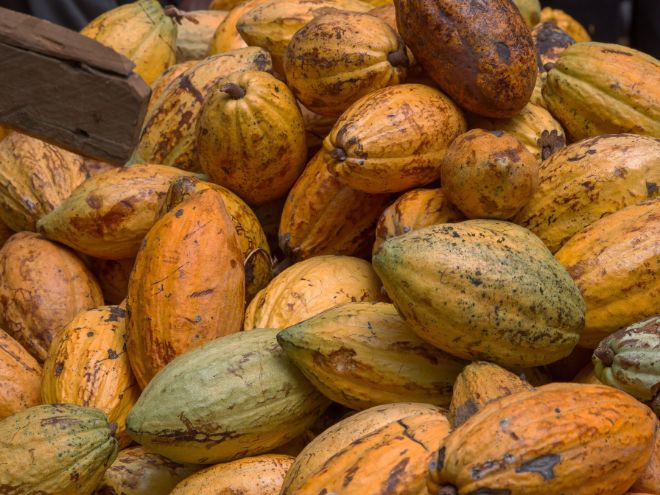 The goal of the Economic Partnership Agreements is to open up EU markets for African countries, and to slowly and gradually open up to EU imports in African countries (Illustration: US Department of Agriculture, CC BY 2.0).

In 2016, the EU concluded a controversial Economic Partnership Agreement (EPA) with Namibia, Botswana, Swaziland, South Africa, Mozambique and Lesotho. The EPAs have been heavily criticised by civil society, some European politicians and African representatives for undermining regional integration and failing to take the commercial interests of developing countries sufficiently into account.

Katharina Meissner has studied these agreements extensively. Meissner is a postdoctoral fellow at the University of Vienna, and in the fall of 2019, she was a guest researcher at ARENA Centre for European Studies, where she took part in the GLOBUS project. During her stay at ARENA, Meissner studied the dynamics of the EPA negotiations, and particularly looked at the reasons for the controversy surrounding them.

The European Union is one of the largest economies in the world and the world’s largest trading block. As such, the Union wields enormous power to influence the course of global trade. The African continent is an important trade partner for the EU, and the EU has taken steps to set up a continent-to-continent trade pact between the EU and Africa. The Union is also the largest donor of development aid to the African continent, and has in recent years underlined that ‘EU trade policy is not just about interests but also about values’.

However, even though the EU has promoted regional integration and economic growth in Africa, many of the Union’s actions have prevented deeper integration in the region, making smaller and less developed economies vulnerable to the EU’s commercial interests.

‘Despite the EU’s objective of supporting regional economic integration, the Union has a practice of singling out member states for bilateral trade agreements or as strategic partners’, says Meissner.

The EU did this when negotiating the Economic Partnership Agreements. When the EPA-negotiations started in the early 2000’s, the African Caribbean and Pacific (ACP) states allocated themselves into regional negotiating groups, in order to make the negotiations more effective.

Despite the EU’s objective of supporting regional economic integration, the Union has a practice of singling out member states for bilateral trade agreements or as strategic partners.

These groups did however not always mirror membership in regional organisations. The South African Development Community, a regional organszation with 16 member states, split into four EPA negotiation groups. At the same time, the EU pursued bilateral trade negotiations with South Africa, and it recently started negotiations on a partnership agreement with the entire ACP as one group.

Meissner argues that the EU pursued these different layers of negotiations because it wanted to conclude ambitious trade agreements:

‘The EU sacrificed regional integration in Africa to the benefit of commercial interests’.

In this field, the EU’s policies are contradictory, as the Union also supports regional integration, through for example technical assistance and funding to these regional organisations.

Lack of cohesion leads to vulnerability

Meissner explains that the African countries, and particularly the SADC states, had diverging trade interests, and traded with different actors. While larger economies like Angola or South Africa often trade with extra-regional actors like the EU, smaller economies like Botswana and Mozambique depend much more on intra-regional trade.

Particularly, Meissner points to a lack of solidarity from the regional power South Africa towards its smaller partners. When South Africa joined the SADC EPA group in 2007, it had already negotiated a bilateral trade agreement with the EU, and was not too concerned about how this could affect the regional economic integration, according to Meissner. Further, South Africa systematically gave preference to its own economic interests in the negotiations, at the cost of the smaller states.

These factors combined, made the smaller economies vulnerable to the EU. The EU made very few concessions in the SADC EPA negotiations, and the ones it made, were in favour of South Africa, rather than the smaller economies. In fact, the EU put pressure on the Southern African states and interfered in the region by setting up business alliances between European and African lobby groups.

The EU made very few concessions in the SADC EPA negotiations, and the ones it made, were in favour of South Africa, rather than the smaller economies.

The importance of cohesion becomes more evident if we look to West Africa, where an Economic Partnership Agreement was struck with the EU in 2014. This EPA has been viewed as better and more beneficial to the West African region than the SADC agreement. One reason for this might be the fact that the West African states were more unified in the negotiations, and were able to form a common bargaining position vis-á-vis the EU, explains Meissner.

What Meissner finds is that there are other factors than just the power asymmetries between the EU and the Global South that has led to what can be described as an unjust result.

‘Thinking about and researching the EU’s trade policies in the Global South in terms of global justice helps us to assess these policies in a more nuanced way and explain why these smaller actors are vulnerable to the EU’, says Meissner.