International human rights standards can be a crucial tool for strengthening state sovereignty rather than limiting it, argues Cristina Lafont, Professor at Northwestern University. 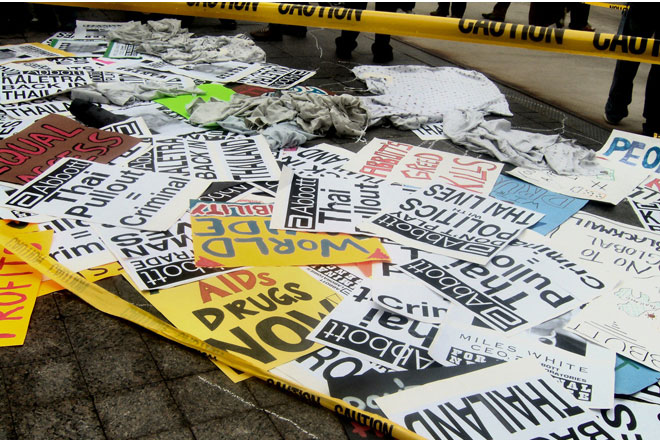 Cristina Lafont is Professor of Philosophy at Northwestern University.

Lafont is a member of GLOBUS' Scientific Advisory Board, which is composed of high-profile scholars representing different scientific traditions and with experience on a broad spectrum of issues regarding global justice.

There is a widespread belief that international enforcement of human rights limits national autonomy. According to Cristina Lafont, this is not the case. Demanding and enforceable international human rights standards can rather be tools for strengthening states’ regulatory autonomy, she argued in a recent GLOBUS lecture in Oslo.

She explains that the perception that the more states are bound by international standards, the less they are able to shape their own policies, is false.

– This is short-sighted because states are subject to transnational and international authority, says Lafont.

Demanding and enforceable international human rights standards can be a tool for strengthening states' regulatory autonomy.

Because of globalization, strong international standards for socio-economic human rights could in fact make it easier for states to protect their citizens against the actions of other powerful states or private actors such as transnational corporations.

In today’s globalized world order, decisions made by one country are likely to have an effect on other states. Lafont argues that economic integration and participation in international institutions like the World Trade Organisation, the International Monetary Fund and the World Bank can threaten the protection of socio-economic rights.

Market liberalization, privatization and the growth of transnational corporations have led to a more limited domestic policy space for social regulations, such as labour laws, the right to education and health services. According to Lafont, in the context of global competition, it has become more rational for states to implement less demanding social policies in order to attract mobile capital and investments.

However, strong international standards for socio-economic rights could in fact expand the national policy space for social regulations.

– What those international standards do is actually to limit what other states can do. The stronger your internationally recognized obligations to protect the socio-economic rights of your citizens are, the more difficult it is for the other members to impose policies that limit your policy space, says Lafont.

When a state ratifies a human rights treaty, it is bound by it, but so are all the other states who have ratified it. By recognizing that states are internationally bound by such treaties, members of the international community acquire a duty to respect the obligations of other states.

The stronger your internationally recognized obligations to protect the socio-economic rights of your citizens are, the more difficult it is for the other members to impose policies that limit your policy space.

– What people forget is that international obligations are a two-way street, adds Lafont.

Responsibility to protect vs. the duty to respect

Lafont’s insistence on the duty to respect is inspired by the responsibility to protect doctrine (R2P) adopted at the 2005 UN world summit. R2P spells out the international community’s responsibility to end the worst forms of violence and persecution if the states where violations are occurring are unwilling or unable to do so. Although it is a significant legal development, R2P is narrow in scope. It only regulates massive human rights violations connected to armed conflicts.

International conventions oblige states not to engage in action that makes it impossible for other states to protect its citizens.

Lafont uses the conflict between patent rights for pharmaceutical companies and the right to access essential medicines such as HIV antiretroviral drugs to illustrate her argument. At the turn of the millennium, a group of 20 developing countries argued that the TRIPS agreement, which is mandatory for membership of the WTO and regulates among other things patents for medicines, harmed their ability to provide essential medicines to their populations.

These patent rights had immediate and life-threatening consequences for the citizens of many developing countries, where the HIV pandemic was spreading quickly. These states could not protect their citizens against the infection because the TRIPS patent rights undermine the production of cheap generic medication and with it, the treatment costs increased immensely.

Given the large number of people that needed medication, the group of 20 developing countries argued that an amendment to circumvent patent rights was necessary. Appealing to their international human rights obligations, they requested an amendment to the TRIPS agreement and succeeded. Following intense public pressure, Western powers such as the EU and the US changed their strategy from strongly supporting the big pharmaceuticals to publicly acknowledging state’s rights to protect public health in the 2005 amendment of the TRIPS agreement.

After the amendment was adopted, several countries have made use of it by purchasing cheap generic medicines or producing generic medicines nationally. For instance, Brazil chose to use the amendment to legally bypass patent rights in 2007, and imported generic antiretroviral drugs from India, reducing the cost of one pill of the HIV-medicine Efavirenz from $ 1,59 to around 45 cents.

States’ appeal to international human rights law can effectively strengthen their sovereign right to regulate within their territories.

In this case, the developing countries were able to stand up against powerful state and non-state actors, like the pharmaceutical companies. The international community had a duty to respect these countries obligation to protect their own citizens’ health.

– What this example shows is that states’ appeal to international human rights law can effectively strengthen their sovereign right to regulate within their territories, Lafont explains.

In addition to the argument that international human rights standards can be a crucial tool for strengthening state sovereignty, Lafont also elaborated on the lack of enforcement mechanisms for human rights.

The current human rights regime leaves the primary responsibility to respect, protect and fulfil the human rights of its populations in the hands of the government apparatus of each individual state. Meanwhile, more demanding international human rights standards could increase the citizens’ autonomy vis a vis their own state and other states as well as large multinational corporations.

– Having a government bound by human rights standards empowers citizens to actually hold their own government’s accountable. This is why it is so important that governments ratify human rights conventions, says Lafont.