Workshop: The EU’s trade and development policies in a changing global environment

ARENA Centre for European Studies hosted a workshop on justice, trade and development in Oslo on 14-15 March 2019. 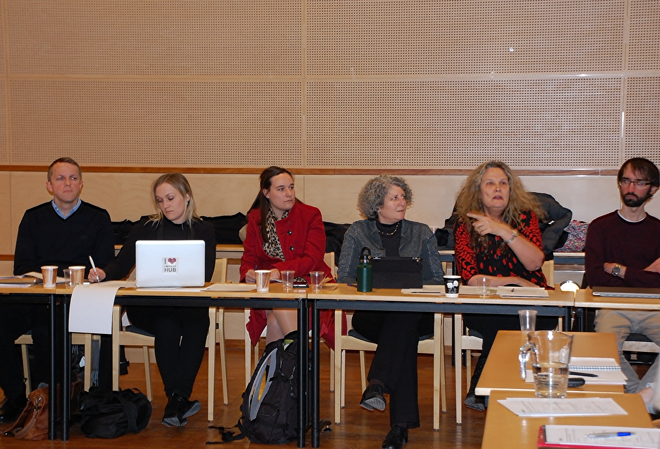 Global economic inequalities are major sources of injustice. The EU has significant economic power but is also under pressure to secure its own position in an increasingly competitive global economy. The risk of dominance is evident, as the EU could potentially dictate the terms of trade with its partners in the developing world. But a policy of developmental aid may not fare much better. Aid may enhance dependence and also frequently comes with conditions that may restrict the ability of recipients to make autonomous decisions about future policies.

These and other issues related to the EU’s trade and development policies were discussed during the GLOBUS workshop in Oslo, which brought together about 30 researchers from Europe, South Africa, North and South America. 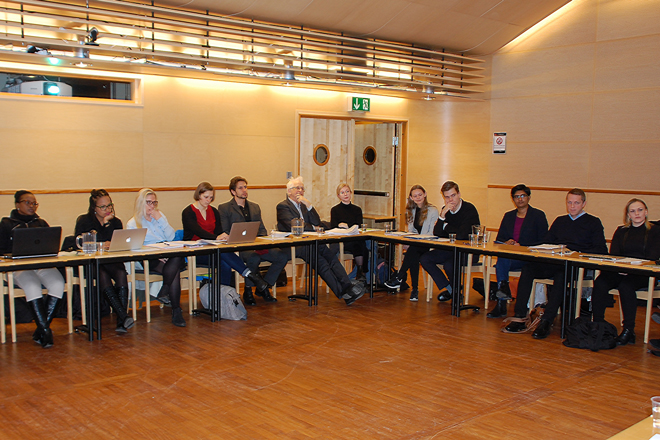 In the opening session, Helene Sjursen and Johanne Døhlie Saltnes (ARENA Centre for European Studies) outlined the main research questions of the GLOBUS project, including the specific concerns of the work package on trade and development. Sjursen highlighted the importance of cross-disciplinary research on issues of global political justice. GLOBUS aims in particular to enhance cooperation between scholars working within political theory/philosophy on the one hand, and international relations and EU studies on the other hand. Saltnes emphasised current risks of domination in the fields of trade and development. The EU has already received substantial criticism for its approach to negotiating regional trade agreements with its partners in Africa, Caribbean and Pacific. The lack of consultation, informed debate and hostile negotiation techniques are some of the points raised by the EU’s critics. Moreover, new agents have entered the development scene. Without much debate, private sector cooperation is now an integral part of the EU’s policies. Discussions regarding the possible human rights and sustainability implications of such a move have, however, not been at the top of the EU’s agenda.

Following the introductory session, Cristina Lafont and Karen Alter (Northwestern University) presented their paper analysing the problem of the second best. They warned against the pitfalls of using ideal goals as a reform guide. Efforts to reform global institutions by approximating the first best ideal under non-ideal circumstances may in fact generate worse outcomes than the unreformed second best institutions. They proposed that in order to tackle this problem, reforms should concentrate on identifying those elements of second best governance that require protection. Franziskus von Lucke (University of Tübingen) followed by presenting a paper on the EU's climate policy in developing countries. He assessed the power effects and justice implications of the EU’s policies.

Following this, Pundy Pillay (Wits School of Governance) discussed China's trade, development and investment policy in Africa.  Pillay elaborated on the implications of Zambia’s increasing debt to China and the role of Chinese firms in funding infrastructure in the country. He discussed the potential risks of increased Chinese influence on the African continent, highlighting in particular the effects on local growth and development.

The discussion following these presentations revolved around the opportunity for developing countries to cooperate with a wider range of partners. Some of these partners claim less demanding conditions attached to their cooperation, however, risks of new forms of dominance are also evident.

Subsequently, Sigrid Jerpstad (ARENA Centre for European Studies) presented a paper on the EU's approach to responsibility for the Sustainable Development Goals (SDGs) by analysing which principles of burden-sharing the EU promoted in the Agenda 2030 negotiations. Roderick Parkes (European Union Institute for Security Studies) spoke about the geopolitics of development, emphasising the changes to the EU’s border policy and the move towards ‘hard’ borders. Simon Lightfoot (University of Leeds) ended the day asking whether development will be subordinated to broader foreign policy concerns in the EU’s development policy post-2020. Lightfoot discussed the possible entry of migration and security concerns in the EU’s draft proposal for a new long-term budget and the suggestion to create a single instrument for external funding.

Jerpstad, Parkes and Lightfoot all pointed to a potential shift in the EU’s policies towards an increased focus on the EU’s own strategic goals, at the potential cost of the EU’s core values. While there is not yet any consensus on the extent of change to EU policies or how to account for it, several contributors suggested that the enhanced focus on migration would be one reason for the observed shift.

Day two of the workshop started with a discussion of egalitarian trade justice. James Christensen (University of Essex) discussed implications of the principle ‘international relative gains’, which assumes that gains made through trade must be distributed equally among trading nations. Katharina Meissner (University of Vienna) followed with a presentation of the EU-Singapore negotiations, arguing that the agreement represented a shift in EU external relations. She suggested that the EU has moved away from the promotion of its own foundational norms of human rights, role of law and democracy.

Odile Mackett and Kholiswa Malindini (Wits School of Governance) followed with a presentation of their paper on EU preferential trade agreements with the 'least developed countries' Mozambique and Lesotho. Their findings suggest that the EU’s goals of enhancing development, diversifying exports and ensuring sustainable growth through these trade agreements have not yet materialised. Instead of using trade as a vehicle for development and justice, trade domination crowds out domestic firms and limits local growth.

After lunch, Niels Keijzer (German Development Institute) presented a historical-institutionalist perspective on the EU's intention to modernise its development policy and reform its various relationships with third countries. Keijzer argued that there is a gap between the goal of moving beyond a donor-recipient relationship and develop ‘true’ partnerships, and the EU’s actual policies.

The workshop ended with a panel on EU aid for trade. Megan Govender (Wits School of Governance) highlighted the uneven distribution of economic and political power between Africa and the European Union and discussed how this impacts on trade negotiations. Johanne Døhlie Saltnes (ARENA Centre for European Studies) and Arya Pillai (University College Dublin) asked to what extent and how the EU's aid for trade initiative has alleviated relations of trade dominance between the EU and Africa. While they indicated that African agency in aid for trade negotiations had secured certain concessions from the EU, they have also found that in practice, Aid for Trade has mainly benefited European companies.