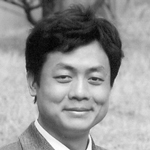 He was formerly diplomat at the Chinese Mission to the European Union (2008-2011) and professor at the Center for American Studies at Fudan University (2001-2008). His main research interests include Belt and Road studies, European integration, public diplomacy, Chinese foreign policy and EU-China relations. His recent books include The World Is Linked: Logic of The Belt and Road Initiative, The Belt & Road Initiative: What China Will Offer the World in Its Rise (both in Chinese and English), Haishang: Revelations of European Civilization (both in Chinese and English) and China NATO Studies Series.