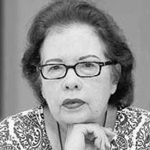 Maria Regina Soares de Lima holds a PhD in Political Science from Vanderbilt University (1986). She was Full Professor at the Institute for Teaching and Research of Rio de Janeiro, IUPERJ, Rio de Janeiro, Brazil from 1975 to 2010, where she held the position of Executive Director (1995-99). She was also Assistant Professor at the Institute of International Relations of the Catholic University, PUC-RJ (1987-2007). Currently, she is Senior Researcher at the Institute for Social and Political Studies (IESP) of the State University of Rio de Janeiro, and coordinator of the South American Political Observatory. She has been granted a Nelson Mandela Visiting Professorship from Rhodes University, Grahamstown, South Africa for the period of February 2016 to May 2017. She was a member of the Directive Committee of RIAL, Consejo de Relaciones Internacionales de América Latina y el Caribe (2011-2016). She is a research fellow with the Brazilian National Research Council.