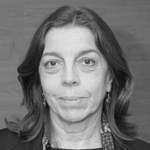 Leticia Pinheiro is Professor of International Relations at the State University of Rio de Janeiro’s Institute for Social and Political Studies (IESP-UERJ), Research Fellow with the National Research Council (CNPq) and with the Rio de Janeiro State Research Foundation (FAPERJ). She holds a PhD in International Relations from the London School of Economics and Political Science (1995), and was Visiting Research Associate at the Brazilian Studies Programme/Latin American Studies of University of Oxford (2012). Between 2006 and 2008 she was Executive Secretary of the Brazilian Political Science Association and co-edited its journal (Brazilian Political Science Review) between 2006 and 2012. She coordinates a research group on foreign policy decision making process.