Tonra on the EU Global Strategy

Ben Tonra (UCD) participated in a roundtable on the EU Global Strategy at the Irish Department of Foreign Affairs and Trade on 17 October. 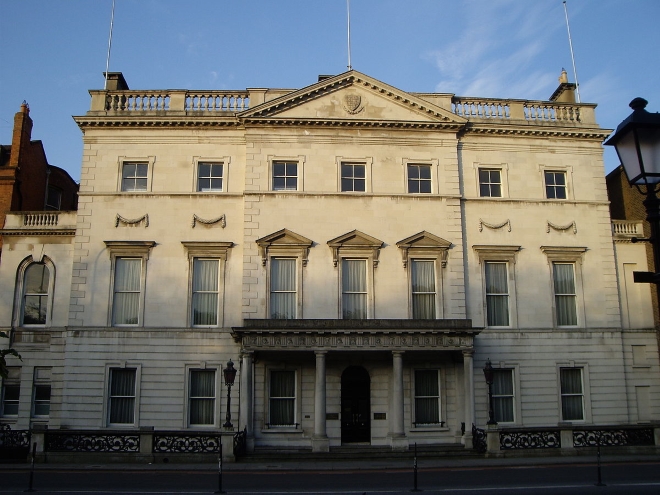 In an event organised by the Royal Irish Academy's Standing Committee on International Affairs, Professor Ben Tonra (GLOBUS/UCD) provided an academic perspective on the EU Global Strategy a year after its launch.

The event was designed to look at the early implementation of the strategy, its impacts, potential, and implications for Irish foreign policy. Tonra spoke on the theme of the added-value of the strategy and its associated challenges for a member state such as Ireland.

Added value of the global strategy

Professor Tonra identified three contributions made by the strategy:

First, the strategy can be seen as a response to the Union's own existential challenges. Furthermore, it is a recalibration of the Union's ambition in its neighbourhood and the wider world (through principled pragmatism). Finally, the strategy could be a potential contribution to global justice, through its focus on resilience.

Tonra further argued that each of these three domains pose their own challenges.

Second, can the concept of 'principled pragmatism' really reconcile the (admittedly reductive) debate between the pursuit of interests and that of values? Would it allow for a balanced and prioritised foreign policy?

Third, Professor Tonra suggested that the concept of resilience – as defined in the strategy – holds out the promise of a fundamental reappraisal of the pursuit of 'justice' in EU foreign policy. As of yet, however, there is limited evidence of follow-through.

Moreover, for a member state such as Ireland, the Global Strategy does encapsulate many foreign policy priorities. Yet the subsequent implementation plan – with its focus on security and defence and associated institutional developments – has made full Irish support and engagement difficult.

The event brought together representatives of the Irish Department of Foreign Affairs and Trade, the Department of Defence, and professors in Law and History – in addition to Tonra with his International Relations perspective.

For more on the EU Global Strategy, have a look at the recent series of commentaries on the strategy on the Global Justice Blog.