Why did Paris succeed?

The 2015 Paris Agreement on climate change was a much-needed breakthrough for multilateralism after more than twenty years of fruitless negotiations. Hayley Walker explains how the French Presidency played an important role in securing a successful agreement by adding the ‘extra ingredients’ of empowerment and recognition to the negotiation process. 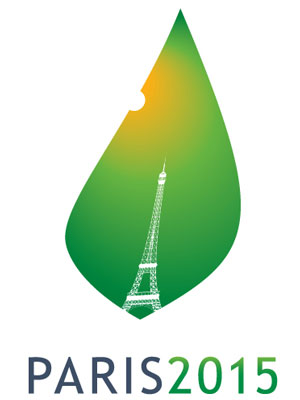 This post is the first entry in a series about the COP climate negotiations on the Global Justice Blog.

Paris: a breakthrough for multilateralism

The Paris Agreement on climate change was a much-needed breakthrough for multilateralism after more than twenty years of fruitless negotiations. On the 12th December 2015 the international community adopted by consensus an agreement with global participation, overcoming years of wrangling between developed and developing countries over their respective responsibilities and obligations. The Agreement’s non-binding emissions reduction targets alone will not be enough to avert the oncoming catastrophe of global warming, but the legally-binding procedures, including the “racheting-up” mechanism, change the direction of travel and put us on a more hopeful path by ensuring that countries’ future targets become progressively more ambitious. There is a broad acceptance that the Paris Agreement represents one of the most just and ambitious outcomes possible given the political and institutional background in which it was forged, including the need to bypass a hostile US Congress and the consensus rule of climate negotiations which means that any deal passed must meet the approval of all 196 Parties to the United Nations Framework Convention on Climate Change (UNFCCC), with their radically divergent interests and positions.

The Paris Agreement represents one of the most ambitious outcomes possible given the political and institutional background in which it was forged.

There are many factors without which the Paris Agreement would not have been possible, including the diplomatic understanding between the US and China, who together released a Presidential statement announcing ambitious domestic climate action after many years of adversarial politics, and unforeseen economic circumstances that saw the price of solar energy fall by 70% from 2009 to 2015. Another factor was the French Presidency, whose skillful diplomacy led Parties through the complex, burgeoning and politically charged negotiations to a successful conclusion. By setting up an open and inclusive negotiation process they avoided the upsets that had plagued previous rounds, most notably the 2009 round of negotiations in Copenhagen, which ended in acrimony. A draft agreement produced by the Danish Presidency and a handful of developed countries was leaked, prompting outrage from developing countries and a complete breakdown in trust. A backroom deal hammered out at the eleventh hour between the US, China and other emerging economies was rejected and a long-awaited opportunity to start tackling climate change was lost.

Empowerment refers to the ability of Parties to define their own problems and come to their own solutions.

Two concepts shed light on the success of the Paris Agreement in securing a just and ambitious deal and the role that the French Presidency played in this: empowerment and recognition.2 Empowerment refers not to power redistribution, but to self-determination, i.e. the ability of Parties to define their own problems and come to their own solutions. In the context of multilateral negotiations, empowerment can be aligned with inclusive, bottom-up, party-driven processes. These dynamics are extremely important for Parties in climate change negotiations, particularly since the fallout from Copenhagen. The period from Copenhagen to Paris was marked by a major shift in approach, from the top-down thinking of the Kyoto Protocol, which set binding but inflexible emissions reduction targets for the handful of developed countries that ratified the Protocol and covering only 12% of global emissions, to the bottom-up thinking of the Intended Nationally Determined Contributions (INDCs), which invite each and every country to submit their own climate action pledges in line with their national circumstances. The concept of INDCs was launched in Warsaw in 2013 to great success: by the opening of the Paris summit 183 countries had already submitted their climate pledges, covering 95% of the world’s emissions. The French Presidency grasped the importance of this approach and ensured that the drafting of the Paris Agreement was an inclusive, party-driven process. All Parties were invited to submit text for consideration and key negotiations were led not by the Presidency, but by ministers representing developed and developing countries. Their ministers acted as “facilitators”, working with other Parties to find acceptable compromises on text.

Recognition refers to the need of participants to feel acknowledged and that their perspective has been understood in order to move from a position of self-absorption to a position of receptiveness and cooperation. In Copenhagen Parties did not feel that their views had been taken into consideration or even listened to by the Presidency; as such they refused to move from their public positions. By contrast, the French Presidency undertook extensive consultations with all Parties for over a year before the summit, engaging in an unparalleled level of travel diplomacy, criss-crossing the globe to hear Parties’ concerns and understand the interests behind their positions.

Recognition refers to the need of participants to feel acknowledged and that their perspective has been understood.

During the COP, the Presidency ran an open-door system of consultations called “confessionals”, whereby any Party at any time could speak in private with a member of the Presidency to air their concerns and discuss problematic issues. Negotiators from developed and developing countries alike agreed that they felt their views had been listened to and taken into account by the Presidency. Additionally, Parties at COP21 were encouraged to listen to each other and learn about other countries’ perspectives in an informal setting through a series of ministerial meetings organized by the French Presidency in the lead-up to the summit. The most important outputs of these meetings were the higher levels of understanding and improved relationships between ministers.

Negotiators from developed and developing countries alike agreed that they felt their views had been listened to and taken into account by the Presidency.

Although negotiators and ministers are agents of their governments representing national interests, they are also people. The desire to have a seat at the table and a say over outcomes, and the desire to have your views listened to and acknowledged are intuitively fundamental to any decision-making process, be it custody over children in a divorce settlement, or international effort-sharing in the fight to reduce GHG emissions. Through managing an inclusive, party-driven process and ensuring that all Parties’ views were heard and taken into consideration, the French Presidency was able to produce an Agreement that respected the red lines of all whilst also giving each Party something that they could take home to their constituency as a victory – an Agreement in which all Parties felt both recognized, and empowered.

2 R.A. Bush and J.P. Folger, The promise of mediation: the transformative approach to conflict (Jossey-Bass, 2005)

This post is based on the author's master thesis ‘Mediating the world: an assessment of the French Presidency of the 2015 UN Climate Negotiations’ (KU Leuven, 2016).

Walker is research associate at KU Leuven. She won the ANTERO student paper prize for her master thesis.