Defending and promoting the EU’s core values must not be forgotten in a world where security and defence is increasingly emphasised, GLOBUS researcher Ben Tonra argues. He critically examines some of the key issues and concepts formulated in the EU Global Strategy, including the EU’s narrative on ‘principled pragmatism’ and resilience. 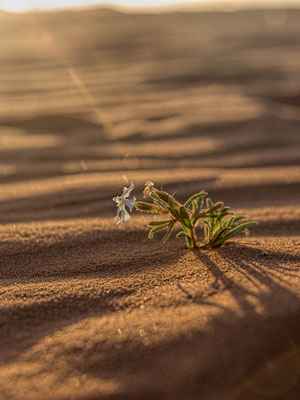 Ben Tonra expresses reservations towards the concept of resilience, which features prominently in the Global Strategy (photo: Roberto Saltori/Flickr)

This post is the second in a series of commentaries on the EU Global Strategy on the Global Justice Blog.

The delivery of the EU Global Strategy does indeed renew the EU's commitment to adapt to today's challenging times. It is also notable that the strategy was delivered in the hours following the momentous Brexit referendum result, almost as a direct riposte to those expecting or hoping for a collapse of European ambition and a weakening in the broader European project.

At the same time, the follow up to the strategy may be revealing something of disconnect or contradiction between the two elements of 'smart power' identified by Mai’a Cross, namely hard and soft power.

Return to the neighbourhood

The first reservation relates to what might be identified as reduced global horizons. The strategy properly focuses on the local in as much as “the EU Global Strategy starts at home.” The Union has in particular suffered several and significant reverses in its neighbourhood over the last few years; revealing weaknesses of analysis, policy response and overall strategy.

The Union cannot afford to pull back from a forward-facing leadership position on critical global issues such as climate change, development and human rights.

There is no doubt but that the Union and its member states need to redouble their efforts, in an holistic fashion, so as to address regional diplomatic stalemates, ongoing armed conflicts and instability along its borders. At the same time, the Union cannot afford to lose sight of the fact that global balances matter, that multilateral institutions are a critical bulwark and that in an increasingly multi-polar age (and with a potentially weakened/withdrawn United States) the Union cannot afford to pull back from a forward-facing leadership position on critical global issues such as climate change, development and human rights. Thus, the welcome focus on the Union's 'interests' cannot afford to be short-sighted.

There are concerns too, in the follow up to the Global Strategy, with a renewed attention on military hard power within the Union's policy tool box. Tendentious talk about a 'European army' should be left where it belongs – at the far margins of serious public policy debate. At the same time, efforts to strengthen practical defence cooperation, to boost research and development and to bolster defence investment should all be pursued. However, descriptions in EU official circles of progress in this area being 'low-hanging fruit' are well wide of the mark and risk (again) overheating expectations.

The Union will not be a significant military power in its own right, its member states have yet even to commit to their own collective defence and the Union's diffuse, collegial approach to decision-making militates against strong executive action and crisis response. Hubris in this respect is positively dangerous.

Finally, there must be some concern with the rebalancing implied by 'principled pragmatism'. Mai’a Cross identifies the necessary balance between idealism and realism and highlights the significance of the former in animating the European project. I would go even further in suggesting that any attempt to resile from the Union's efforts at values promotion will be profoundly wrong-headed.

A key threat posed to the Union and its member states – from within and from without – is that posed to the very foundational concepts of democracy, freedom and respect for the law and respect for the dignity of all people. We also know that those who threaten these values do not fear the EU's 'hard' power in either its economic or military variants. What terrifies them is the Union's soft power and its capacity to inspire demands for change. This is the strength that can best animate the Union's foreign policy so as to fulfil its treaty task to contribute to "peace, security, the sustainable development of the Earth, solidarity and mutual respect among peoples, free and fair trade, eradication of poverty and the protection of human rights".

Can Europe – with its chequered imperial history – really argue that foreign policy solutions depend on local actors and their successful adaptation?

It is here, too, that there must be some further conversation surrounding the concept of 'resilience' which features so prominently in the Global Strategy. This tends to be conceptualised as "the capacity of different layers of society to withstand, to adapt to, and to recover quickly from stresses and shocks". Anna Juncos and others have noted the essentially defensive nature of resilience and the potential for this concept to off-load responsibility onto the shoulders of local stakeholders – to say, in effect, that policy failures can better be ascribed to local incapacity rather than systemic failures or injustices.

We need to think this through most carefully. Can Europe – with its chequered imperial history – really argue that foreign policy solutions depend on local actors and their successful adaptation? It also threatens to de-politicise international relations and reduce it to a near values-free exercise in problem-solving and plotting median solutions across a set of global Venn diagrams.

If, however, that 'resilience' is defined in terms of both the defence and the promotion of core values in the face of threat or challenge then perhaps there is a conversation here worth continuing.

The EU Global Strategy on the Global Justice Blog