This blog was originally posted on the LSE EUROPP blog.

Not least due to the uncompromising commitment of the young Swedish climate activist Greta Thunberg and the Fridays for Future movement, climate change but also associated questions of global justice have received renewed attention in the last couple of months. Fortunately, apart from just raising attention in the public and media, at least some political actors seem to be listening to what the younger generation has to say. After a speech by Thunberg at an EU event, the President of the European Commission Jean-Claude Juncker pledged to considerably step up the financial contributions of the EU concerning climate change. Junker’s announcement underlines the traditionally progressive role of the EU in climate matters, which has been pictured as a forerunner, leader and even ‘green normative power’.

Looking at the long history of international climate negotiations, the EU has often supported ambitious climate abatement measures and has shown signs of taking questions of climate justice seriously.

In fact, looking at the long history of international climate negotiations, the EU has often supported ambitious climate abatement measures and has shown signs of taking questions of climate justice seriously. From early on it highlighted the historical responsibility of industrialised countries, tried to enshrine ambitious legally binding emission reduction targets into climate agreements and championed the rights of the smaller and most affected developing countries. Moreover, it was instrumental in negotiating the two outstanding milestones of the climate regime so far, the 1997 Kyoto Protocol and the 2015 Paris Agreement. The EU has thus undoubtedly helped to address some of the manifold inter– and intra-generational injustices caused by climate change.

Having said that, from an analytical climate justice perspective, the question remains whether the EU’s pursuit of progressive and ‘just’ climate policies is primarily linked to altruistic normative considerations, or whether it has mainly acted based on pragmatic political and economic motivations. This links back to the normative power Europe debate and the discussion of whether the EU is an ‘interest’ or ‘norm-driven’ actor. It also connects to the wider philosophical dispute about pragmatic consequentialist versus principled deontological approaches concerning climate justice.

Beyond theoretical debates, answering this question is also highly relevant from a practical perspective. A genuine adherence to global climate justice can be more stable and long-lived in the face of changing circumstances than pursuing climate policies that only coincide with ethical considerations built on short-lived consequentialist motivations. Just think of recent political developments such as Brexit, Donald Trump’s decision to withdraw from the Paris Agreement, or growing right-wing populism in several EU member states. All of these have the potential to quickly alter the consequentialist evaluation.

So how does the EU’s climate strategy and behaviour in the international negotiations fare from this perspective? When the EU first became a more independent actor on the international level around the late 1980s, climate change represented a rewarding issue for increased engagement and visibility. In particular, the negotiations for the United Nations Framework Convention on Climate Change (UNFCCC) were an ideal playing field for the EU to externalise some of its core foundational norms such as multilateralism, sustainable development and the precautionary principle. This was reinforced by the fact that this was a policy area where the EU institutions had at least some degree of autonomy and where most member states could agree on the broad direction and ambition.

Accordingly, the early engagement of the EU in the climate field does entail some degree of consequentialism. Progressive climate policies helped to justify further European integration and an expansion of the supranational institutions such as the European Parliament and the Commission, which also often held the most progressive positions. However, this can only explain some aspects of its climate policy: i.e. that it made it possible for an autonomous EU influence to develop in the first place. It does not account for the specific characteristics of the EU’s climate strategy and its prolonged contribution to climate justice despite the inaction of other developed countries.

The EU’s position rested on a genuine acceptance of the historical responsibility of the Global North stemming from its contribution to global emissions but also its technological and financial ability to do something about the problem.

For instance, the EU’s emphasis on the scientific consensus, its support of ambitious and binding mitigation pledges, and its focus on multilateral solutions all strengthened what can be called an impartial understanding of global justice. The focus on these measures cannot solely be linked to cost-benefit considerations. Instead, the EU’s position rested on a genuine acceptance of the historical responsibility of the Global North stemming from its contribution to global emissions but also its technological and financial ability to do something about the problem. Moreover, the EU’s insistence on multilateral solutions to the climate problem was deeply intertwined with the very nature of the EU itself and the negative past experiences of its member states with nationalism and unilateral approaches.

The EU also considered questions of distributional and corrective climate injustice. This became particularly evident in its early support of the ‘common but differentiated responsibility’ (CBDR) and the resulting exception of developing countries from strict mitigation targets in the UNFCCC and Kyoto Protocol. But also later in the EU’s support of Small Island States and other particularly affected developing countries. These positions are difficult to explain from a purely consequentialist perspective that would expect the less vulnerable yet more powerful industrialised countries to refrain from far reaching efforts and instead force developing countries to contribute more.

Thus, based on its own foundational norms and on a recognition of the specific responsibility of the Global North, the EU increasingly developed its ‘leadership by example’ approach to the climate negotiations. This entailed ambitious emission reduction targets for itself and an insistence on a supranational and legally binding regime architecture. The EU kept pursuing this strategy at least until the 2009 Copenhagen summit, even though already during the Kyoto negotiations it had become clear that many other developed nations, in particular the United States, did not match this level of ambition.

Once again, such a prolonged unilateral commitment is difficult to explain in a purely consequentialist manner. And although the EU gave up on the strategy of solely relying on leadership by example and the legally binding nature of agreements in the negotiations of the Paris Agreement, it has continued to be one of the most important and progressive actors in the climate regime.

Only a fig leaf after all? The role of consequentialist economic motivations

However, despite the unquestionable influence of normative considerations, they were not the only motivation for the EU’s ambitious climate policies. Thus, beyond the political usefulness of climate change to foster the EU’s internal coherence and its role at the international level, economic considerations also played an important role.

Progressive climate and energy policies came with a significant first mover advantage concerning the key technologies of a green economy such as renewable energy production. In this context, ‘ecological modernisation’ and ‘ecological industrial policy‘ also played an important role. Ultimately, the EU benefited from the development of green technologies and from the de facto export of internal EU regulations onto the world stage through its quest for particular international climate agreements. Consequently, the prospect of creating jobs in the wake of the development of new green technologies was an important driver of the EU’s climate approach as early as 1993.

The EU dedication to climate policies never went so far as actually trying to transform the global political economy that still significantly favours developed countries and has caused climate change and its injustices in the first place.

The economic perspective became even more central with the publication of the Stern Review in 2006, and with the economic crisis in 2008. On the one hand, the crisis made it more difficult to adopt ambitious climate targets. On the other hand, it pushed a specific, economy centered climate policy linked to the concept of ecological modernisation. Together with the ambition to decouple economic growth and carbon emissions, this concept became a key aspect of EU policy and helped to convince less progressive member states. The emphasis on economic considerations culminated in the 2015 newly established Commission led by Jean-Claude Juncker with its focus on ‘Jobs, Growth and Investment’. It was further underlined by the restaffing of the head of the Directorate General Climate Action (DG Clima) with the former leader of the Directorate General Trade Mauro Petriccione in 2018.

Ultimately, instead of paying an (economic) price for furthering measures in line with climate justice conceptions, the EU might have directly profited from its strategy. While this does not entirely devalue the EU’s approach from a normative perspective, it does add a pinch of salt and a substantial consequentialist element to the equation. Thus, while often going beyond other industrialised countries, the EU dedication to climate policies never went so far as actually trying to transform the global political economy that still significantly favours developed countries and has caused climate change and its injustices in the first place.

All of this considerably balances the picture of the EU as green normative power and supporter of climate justice. However, in comparison to other developing countries, especially to the US under Trump, the EU is still a more progressive force and concerns for global justice have indeed played an important role in the development of its climate strategy. 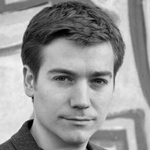 The Global Justice Blog is an academic commentary from the research project Reconsidering European Contributions to Global Justice (GLOBUS).
In this blog we aim to enhance debates and understandings of global justice, in particular the EU's contribution to justice, by presenting cutting-edge research and competing perspectives. There will be discussions on current issues, presentations of research findings from the GLOBUS project as well as personal reflections connected to GLOBUS events.
The opinions and arguments in the Global Justice Blog are exclusively those of the contributors.
Recent posts More ...
>
Global Justice Blog > How the EU combines normative and consequentialist motivations in its climate policy
Fb Twcontact@globus.uio.no