The EU and the Crisis of Liberal Order: At Home and Abroad 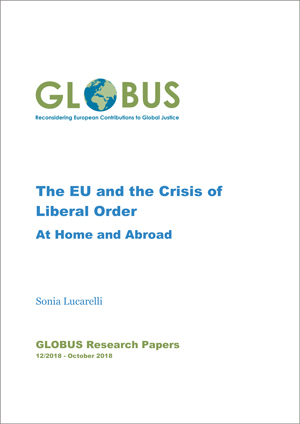 Europe, and particularly the European Union (EU), have for a long time represented a pillar and a laboratory of the liberal order. The EU’s role in the world was very much shaped around a self-understanding as a liberal democratic area which applies to its foreign policy the same liberal values that shaped its internal development. Now libera­lism is in trouble and Europe seems to be afflicted with a ‘fascination with the illiberal’ which puts the unique model of European integration at risk. This seems to be largely the result of a failure of liberalism to deliver on at least three fundamental fronts (which are also three aspects of the crisis of liberalism): economic equality and solidarity, liberal democracy and pluralism. Europe and the EU are today less egalitarian, less demo­cratic and less open to cultural diversity. The EU, under the pressure of populist and new nationalist forces, is also more concerned for its own survival as one polity. Attempts to respond to ontological insecurities both at the EU and member state levels are leading to policies that compromise human rights and make our societies more closed and ascriptive. The result is an EU less and less capable of acting as a pillar of the liberal world order.

Tags: EU and global justice By Sonia Lucarelli
E-mail this page
include:property: resource not found: /english >
Research Papers > 2018 > The EU and the Crisis of Liberal Order: At Home and Abroad
Fb Twcontact@globus.uio.no