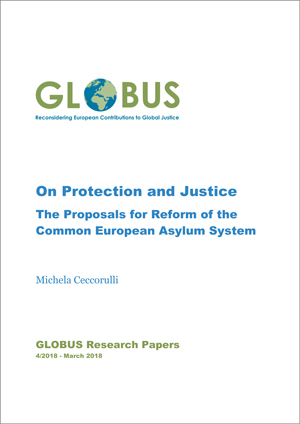 The reform of the Common European Asylum System (CEAS) was much wished for both by committed Europeans and by human rights advocates more generally. Ideally, the European Union (EU) would have developed a single asylum system with equal criteria applying to all Member States and full recognition of the international protection status everywhere in the Union. This would have taken care of the primary concern of the Member States, that is, the prevention of asylum seekers’ secondary movements. The abandonment of the nation-specific prerogatives would also have allowed for a focus on the asylum seekers’ needs. However, the proposals issued by the European Commission between 2015 and 2016 in no way suggest that a uniform asylum system is on the way. This paper examines the implications of some of these proposals for the governance of asylum and for the understanding of international protection as the guarantee of specific rights to foreign citizens in need. It further assesses the proposals with respect to different conceptions of global political justice. The justice conceptions of non-domination, impartiality and mutual recognition as developed in the GLOBUS project are particularly useful in both uncovering the competing reasons behind the specific direction of the proposals for reforms, and in assessing their implications.

Tags: Migration
E-mail this page
>
Research Papers > 2018 > On Protection and Justice: The Proposals for Reform of the Common European Asylum System
Fb Twcontact@globus.uio.no