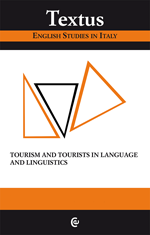 The paper is a by-product of a recent, cross-disciplinary research project, aiming at exploring linguistic and discursive patterns broadly construing ‘justice’ in a highly influential institutional setting of political discourse, i.e. the British House of Commons, as regards one of the most complex issues facing today's society: im/migration. Parliamentary language may, in fact, provide a privileged terrain for analysing the relationship between social practices and discourse, especially as regards the discussion of key, highly contested issues such as immigration. Moving from the assumption that justice' is a “human construction” (Walzer 1986; Eriksen 2016) embedded in specific systems of value and beliefs, and that immigration is “indeed a matter of justice” (Miller 2013: 5), the research investigates select patterns of ‘orientational meanings’ (Lemke 1992; Miller 1999), or evaluative and intersubjective stance (Martin and White 2005; Thompson and Hunston 2006) being typically construed within this particular register of political discourse. In particular, the paper focuses on 'fair' a a case study in a specialised corpus of UK parliamentary debates on the broad topic of im/migration, thus including issues of asylum and refugees.