The EU’s approach to crisis management is characterised by a prioritisation of state consent and neutrality rather than engaging in conflict resolution and giving local stakeholders a voice, argues Ben Tonra.

Military interventions in humanitarian crises are often contested. Many so-called humanitarian interventions have been criticised for advancing strategic national interests rather than actually resolving or responding to humanitarian crises. Wanting to avoid this pitfall in operation EUFOR Tchad/RCA, the EU tried to present itself as a neutral actor in one of the Union’s largest military operations to date, finds Ben Tonra of University College Dublin in a new GLOBUS research paper.

– The EU wanted to present itself and its mission as impartial and very much in respect of the United Nations principles and policy, says Ben Tonra.

The EU believed that the neutrality of the mission was critical both to its credibility and success. The operation was based on a UN mandate that allowed the EU forces to ‘take all necessary measures’ to protect civilians, facilitate deliveries of humanitarian aid and ensure the safety of UN personnel. The UN mandate as well as state consent by the Chadian government gave the EU operation the necessary legitimacy to intervene.

The ambition of being an impartial actor is a central characteristic of EU military operations. The EU’s approach to conflict management operations has revolved around the limited use of military force, state consent of the involved parties and the EU presenting itself as neutral in the disputes, according to Tonra. In this sense, the EU military interventions have aspired to be consensual, non-coercive and impartial.

EU military interventions have aspired to be consensual, non-coercive and impartial

Responding to a massive humanitarian crisis

The EU’s justification to intervene in Chad was anchored in the massive humanitarian crisis in the Darfur region of Sudan. Arab-African tension combined with regional power struggles had created a multi-dimensional regional conflict with precarious consequences for the population. The Sudanese government and Janjaweed militia’s ethnic cleansing of non-Arab population has been described by the UN as a ‘reign of terror’. The conflict caused hundreds of thousands of habitants to flee to neighbouring countries and up to one million were reliant on food aid for survival.

The Sudanese government, however, refused to consider any non-African deployment in Darfur. The EU therefore deployed a short-term, tightly focused military mission to neighbouring country Chad, with the aim of offering protection to refugees, UN personnel and NGOs and delivery of humanitarian aid in advance of a promised UN force deployment.

– Being unable to address the core of the crisis and without any strategy for achieving peace in the region, the second best option was to address the peripheral humanitarian crisis in Chad, explains Tonra.

While the EU’s choice to intervene in Chad can be understood as a value-based choice to respond to a humanitarian crisis, French strategic interests in the region also played into the operation.

Tonra explains that the Darfur crisis took on a very high-level political visibility in France.

– The crisis became wrapped up in the French presidential elections. When President Sarkozy came to power, he was under political pressure to make good on his promise to do something to tackle this humanitarian crisis, says Tonra.

After Sarkozy was elected, he moved swiftly to respond to the Darfur crisis, launching a multilateral diplomatic effort to engage the UN and the EU. More importantly, France had already invested in the stability of the Chadian government. After its independence in 1960, France made a defence arrangement with Chad and established a military presence in the country in 1986.

– This was a part of a much wider game with respect to French policy in Africa, but there was also a desire to address the humanitarian crisis on the French part, explains Tonra.

At the same time, Tonra finds that the Chadian government agreed to the intervention largely because it had confidence that the role of France would give the government a central decision making role in the EU's operation.

The EU mission repeatedly refused to engage alongside the Chadian national forces.

Consequently, some EU members, Germany and the UK in particular, were suspicious of France’s intentions in the region. The French tried to push for support of the Chadian regime in order to create regional stability and, by implication, for the Chadian government. The EU, on the other hand, pulled the mission towards a more impartial role.

The push towards a more impartial role manifested itself on the ground. The EU mission repeatedly refused to engage alongside Chadian national forces or to assist them in their combat with the rebels, something that generated disputes within the EU command structures, Tonra found.

Overall, the EU was able to steer the operation away from French attempts to support the Chadian government in the conflict, concludes Tonra.

Even though the EU’s mission in Chad can be considered at least a limited success in terms of providing local security, it has been criticized for not doing enough to resolve the underlying conflict.

When engaging in conflict resolution it is necessary to take into account the perspectives of all affected parties, including those of non-state actors. Such an intervention would require local ownership, for instance through open dialogues with a variety of actors ‘on the ground’.

Tonra’s research finds that the EU prioritised state consent and impartiality at the expense of giving all local stakeholders a voice. The EU did not prioritise consultations with local non-state stakeholders and undermined local cultural traditions in defence of particular values – such as gender rights.

– There was very limited political will on the part of the European Union to address the underlying conflict and engagement with local stakeholders was limited to the immediate mission goal of providing wide area security.

The EU did not prioritise consultations with local non-state stakeholders and undermined local cultural traditions in defence of particular values – such as gender rights.

– I think the possibility is there, but it requires an enormous investment of political will and resources, which in this operation was not forthcoming and did not exist, says Tonra.

Ben Tonra explores the EU’s humanitarian intervention in Chad in the GLOBUS Research Paper 'The (In)Justices of Peacekeeping: EUFOR Tchad/RCA'. 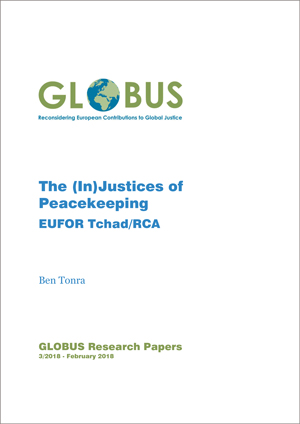 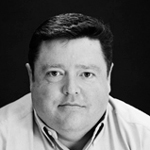