The heads of GLOBUS' research groups traveled to Moscow for a study tour in February 2019. 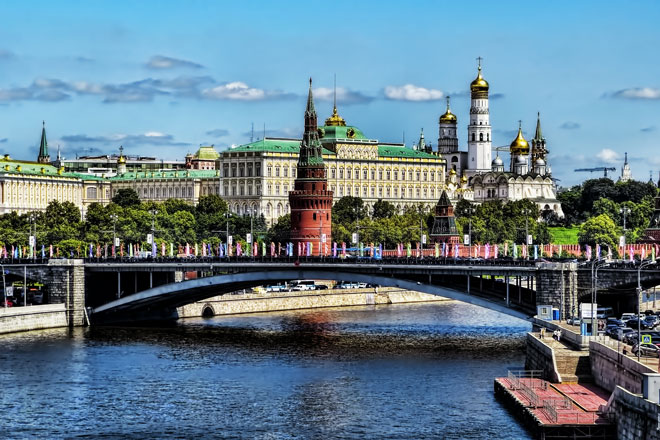 During their visit to Moscow, the heads of GLOBUS' research groups took part in a range of seminars and meetings with academics, policy makers, and other policy stakeholders.

On the first day of the trip, the GLOBUS team met with researchers at the Institute of World Economy and International Relations to discuss EU-Russia security politics and the role of Russia in world politics. Later that day, they discussed EU-Russia relations and EU foreign policy at the Institute of Europe.

On the third day of the study tour, Institute of Europe hosted a roundtable on migration, human rights and security. The roundtable consisted of two sessions. The first session was on the migration and security nexus, and was moderated by Alexey Gromyko, Director of the Institute of Europe. In this session, Sonia Lucarelli (University of Bologna) spoke about the EU and migration. Yuri Kolesnikov (Expert Council of the Institute for Linguistic, Civilization and Migration Processes) discussed the international community's regulation of migration. Thomas Diez (University of Tübingen) spoke about the securitizations of migration. Olga Potemkina (Institute of Europe) presented on foreign fighters, and Petr Oskolkov (Institute of Europe) talked about anti-migrant sentiments of European right-wing parties.

The second session evolved around the impact of migration on host societies and was moderated by Vladislav Beloy (Institute of Europe). Olga Chudinovskikh (Lomonosov Moscow State University) spoke about the new concept of state migration in Russia. Angela Dolzhikova (Expert Council of the Institute for Linguistic, Civilization and Migration Processes) presented on the integration of migrants. Liubov Bisson (Institute of Europe) talked about the rights of migrants in the EU and Tatiana Vasileva (Institute of State and Law) presented on the legal implications of the migration crisis.

After the roundtable, researchers from Institute of Europe discussed EU-Russia political and security relations and on EU migration policy with the GLOBUS team.

On the fourth day of the study tour, the GLOBUS team visited MGIMO University (Moscow State Institute of International Relations) to discuss Russian and EU development policy and the role of the BRICS countries.

The topics of the final day of the study tour were EU trade policy and global trade regulations, as well as EU-Russia security Relations. These topics were discussed with researchers from Higher School of Economics.

Photo gallery from the trip to Moscow