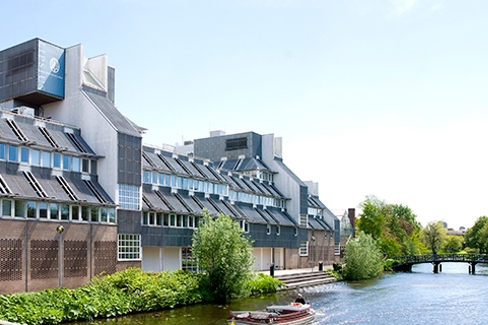 The EU is facing crisis in many areas. Some of the challenges are rooted firmly in the EU’s domestic environment. Others emanate from abroad, arguably Russia most of all. Leaving aside debates about who is responsible for the perilous state of the European security environment, it is vital that ways to reinvigorate dialogue and cooperation among all European actors are found. This workshop therefore brought together scholars and practitioners from EU member states and Russia with a view of :1) serving as an example of how dialogue and cooperation can be maintained; and 2) of identifying the points of convergence and divergence not only between the EU and Russia but between all actors in Europe.

Professor Sjursen talked about the increased 'normative uncertainty' in the current global context that the EU is struggling with, next to the often discussed increasing instability and  unpredictability:

– There is uncertainty about the rules of the game, rules that were taken for granted seem by many actors not to be taken for granted anymore. What does that mean for foreign policy? [..] We seem to be observing the need to re-draw the normative anatomy of world order, said Sjursen.

The main challenge of the EU in foreign policy, according to Professor Sjursen, is understanding the normative challenge to the liberal world order, which is fundamentally different from positioning oneself in a game for power. We need to better understand how the EU can deal with the normative challenge and how to reconsider what can and what should be rescued in what we refer to as the liberal order, and what should be reformed.

But can the EU now do something in 2019 that it could not do in 2009? Professor Sjursen suggested that one might answer 'yes' straight away if one looks at institutional capacity. With the EEAS, a more active and more visible High Representative, the EU is now  an actor that can take well informed decisions and execute those decisions. But in regard to the idea of normative uncertainty, the assessment is slightly different. It is one thing to be a credible actor, but being considered a legitimate actor in the global system is another.

– And in order to get things done, actors probably need more than resources, they also need legitimacy. The ongoing crises in Europe reduce the ability of the EU to be perceived as a credible actor that promotes liberal values in the global system, said Sjursen.

Listen to Sjursen's presentation on the UACES Podcast: