Professor Michael Zürn presented the paper 'Non-majoritarian institutions and the rise of authoritarian populism' at ARENA on 24 April 2018. 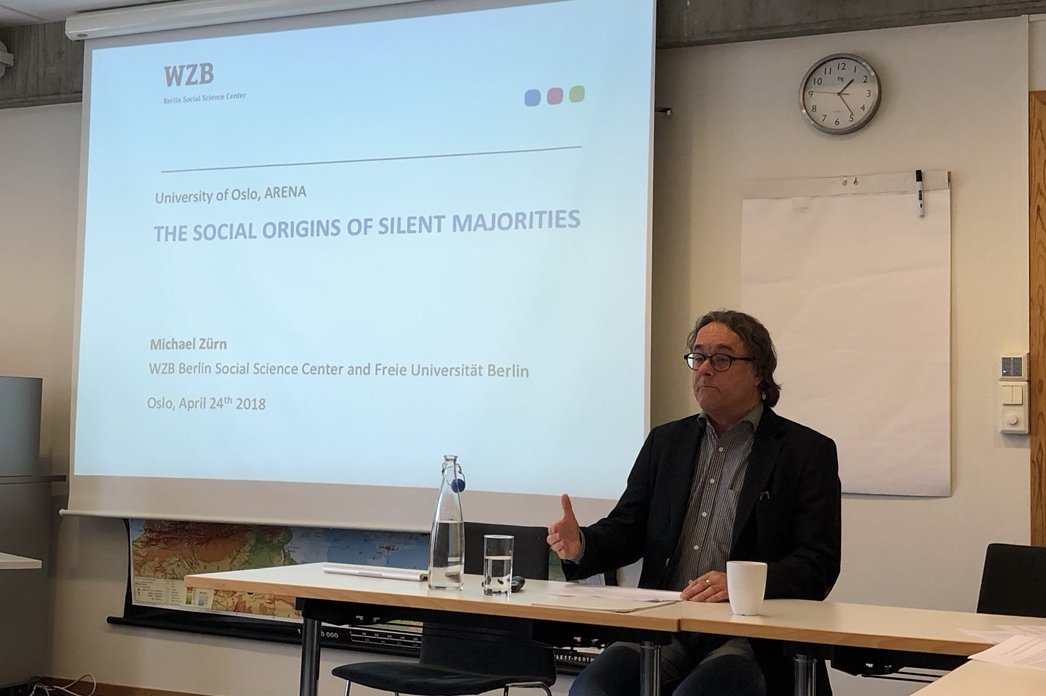 On the one hand, the ideology behind authoritarian populism is illiberal in the sense that it questions individual and especially minority rights. On the other hand, many populists declare to bring the normal people and silent majorities back into power and challenge those liberal elites who do not care about the “ordinary (white) man on the street”. In this paper, it is argued that the appeal of the specter to “the majority” has a substantial base indeed. It is hard to deny that the link between cosmopolitan decision makers and the local people has weakened in the last decades. This paper aims at explaining the social and institutional origins of silent majorities, and what has brought many people to believe that the will of the majority does not count in Western democracies any longer.