Time and place: The EU as an actor of collective securitization? June 26, 2018, University of Genoa 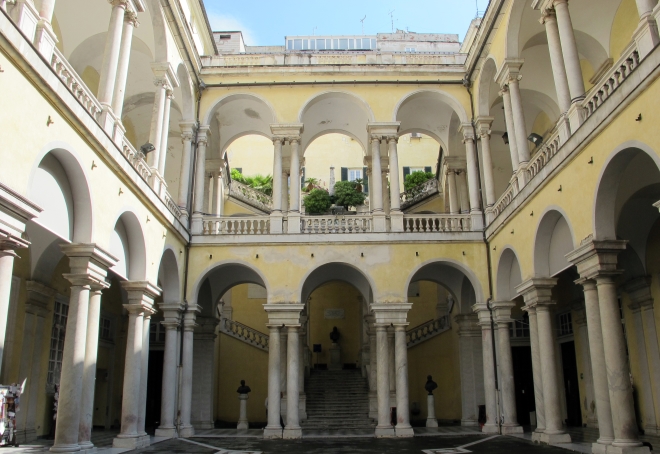 The workshop gathered leading scholars in conflicts studies, democratization, peacebuilding and international security for a full day of lectures and panels.

Lucarelli's lecture was entitled 'The EU as an actor of collective securitization? Exploring the concept, testing the Case'. Her lecture was one of three keynote lectures – James Fearon (Stanford University) and Duncan Snidal (University of Oxford) gave the other two.

The dramatic events and emergencies in the Mediterranean, Middle East, and North Africa region show us the need of understanding how the domestic institutions can influence violent conflicts and, conversely, how, these conflicts can affect the domestic institutions. The last two years the University of Genoa, in cooperation with NASP, organized the conference "Conflicts & Institutions: Research, Projects and Workshops" (2016, 2017). In continuity with those events also this year they have invited leading scholars in conflicts studies, democratization, peacebuilding and international security. The main goal of the workshop is to specify the links and the connections between the ongoing crises and the current conflicts to examine the relation between institutions and conflicts. At the same time, the Project "Conflicts & Institutions" aims at creating a network of scholars able to elaborate common research projects and proposals.

Tags: Migration, Cooperation and conflict
E-mail this page
>
Lectures and presentations > 2018 > The EU as an actor of collective securitization?
Fb Twcontact@globus.uio.no