GLOBUS researchers participated in the Conference of the Italian Standing Group of International Relations (SGRI) in Bologna on 12-13 October. 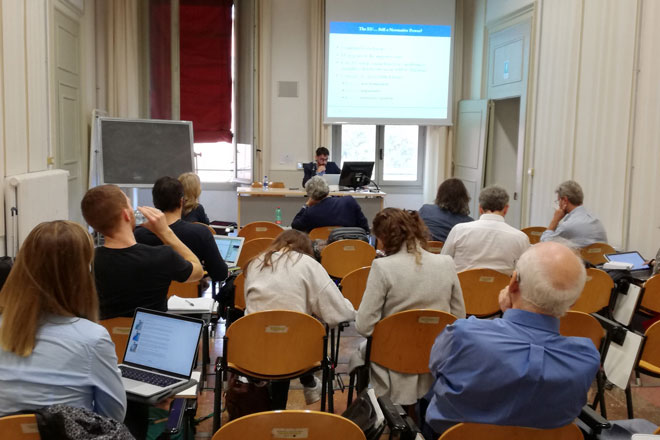 The 2018 SGRI conference was titled 'The brave new world of IR? Technological changes, geopolitical shifts and challenges to mainstream approaches' and took place in Bologna at 12-13 October 2018. GLOBUS researchers both chaired and participated in panels.

Michela Cecorulli (University of Bologna), 'Understanding EU's approach to Libya for the governance of migration and asylum: Frameworks for cooperation, relevant actors and challenges ahead'

Giorgio Grappi (University of Bologna), 'French migration policies between logistification and minimalism: what about justice?

Panel 1: The evolution of Italian foreign and defence policy in the "enlarged Mediterranean": Patterns and comparative perspectives
12 October, 14:00-15:45

Michela Ceccorulli (University of Bologna), 'Migration and terrorism: the analysis of drivers, debates,  and goals behind the Italian military engagement in Niger and Libya' (with Fabrizio Coticchia)