This seminar gathered GLOBUS researchers from ARENA and the University of Bologna for discussions on conceptual and methodological challenges to studies of migration and justice. 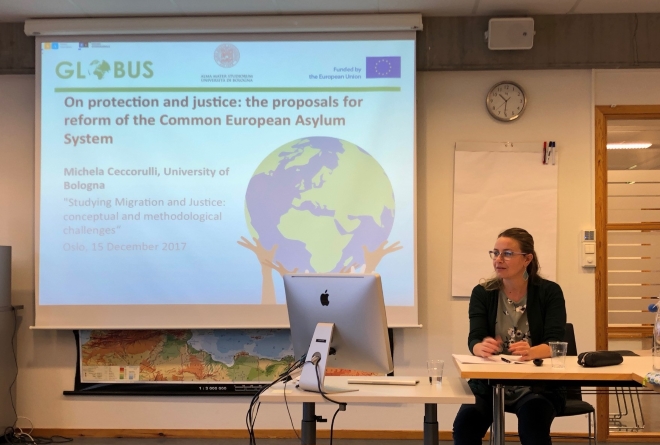 Michela Ceccorulli presenting her paper at ARENA, University of Oslo, on Friday, 15 December.

Michela Ceccorulli from the University of Bologna presented a paper on the reform of the asylum system of the European Union, arguing that the reformed Common European Asylum System might worsen the protection of rights in certain member states.

Espen D. H. Olsen from ARENA, University of Oslo, presented a paper on Norway's approach to migration and asylum as a non-EU state. Norway sees its migration system as fair and just. But how just is it really, Olsen asked.

Participation upon invitation only.