As part of the lecture series Justice on the Move: reflections on migration management in Europe, Francesco Aureli gave a lecture at the University of Bologna. 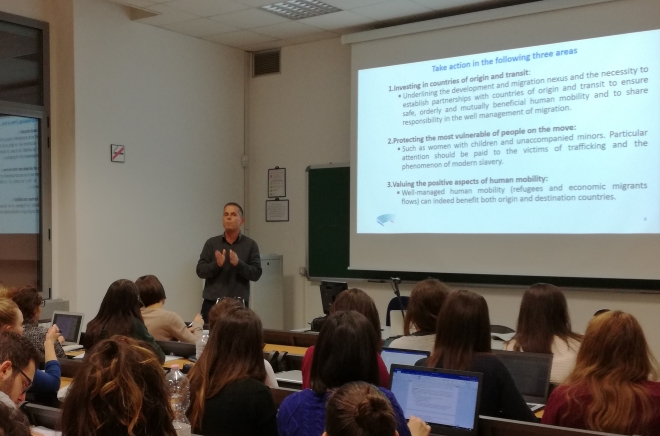 Francesco Aureli, president of the Osservatorio Internazionale per la Salute, gave a talk on migration and the Italian positions at the G7 and G20 on 13 November.