The Unfolding of the Syrian Refugee Crisis in Turkey: From temporariness to permanency

Prof. Ayhan Kaya held a seminar on the Syrian refugee crisis in Turkey at the University of Bologna on 7 April.

Time and place: The Unfolding of the Syrian Refugee Crisis in Turkey: From temporariness to permanency Apr. 7, 2017 11:00 AM–1:00 PM, Department of Political and Social Sciences, Bologna, Strada Maggiore 45, Bologna , Room Farneti 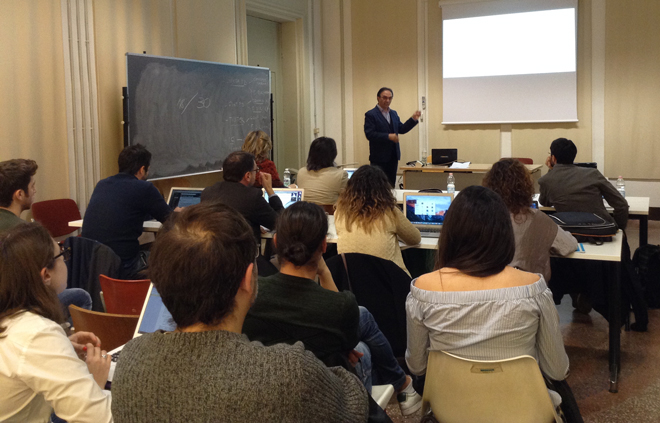 The seminar is part of the series Justice on the Move: Reflecting on the governance of migration in the European Union

Tags: Migration
E-mail this page
>
Lectures and presentations > 2017 > The Unfolding of the Syrian Refugee Crisis in Turkey: From temporariness to permanency
Fb Twcontact@globus.uio.no