Lucarelli on the EU as a securitizing agent

Sonia Lucarelli presented a paper at the EISA conference 2017 entitled 'The EU as a securitizing agent? Testing the model, advancing the literature'. 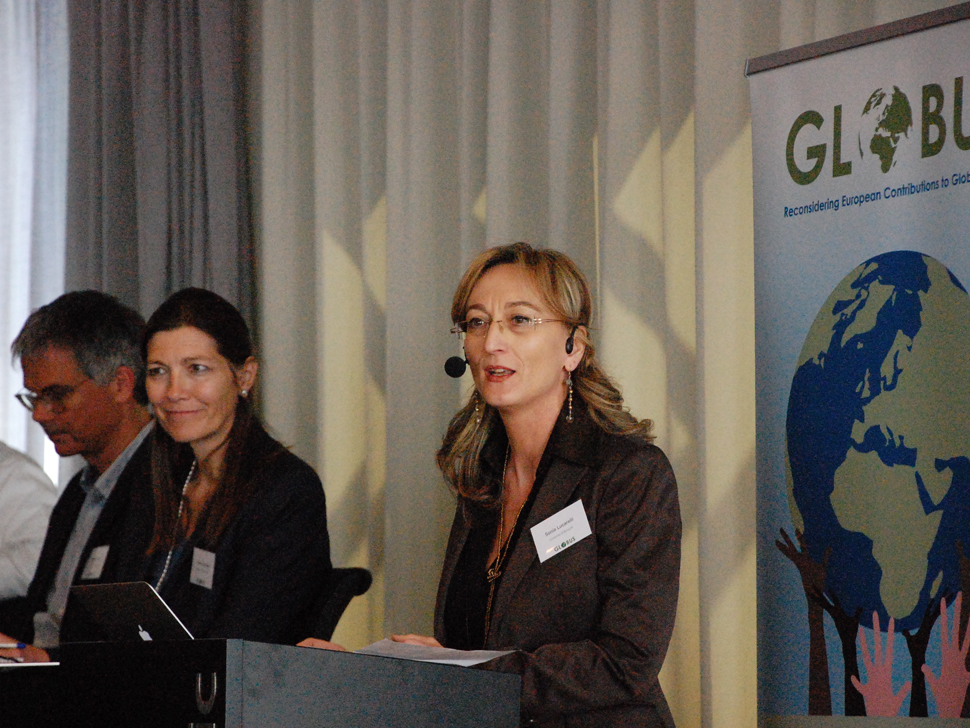 Sonia Lucarelli presented a paper on collective securitization in Barcelona on Friday 15 September. Photo from the GLOBUS kickoff conference.

In addition, Lucarelli and a wide range of other GLOBUS researchers participated in the separate GLOBUS section.

There has been a wide debate on the distinctiveness of the EU as an international actor; in this context, a gap between self-representation and performance have been noticed. However, the most striking departure of the EU’s self-representation —and largely overlooked—is the emergence of the EU as an agent of collective securitization.  The fundamental claim of securitization theory is that threat management results from a politics of threat design pursued by a securitizing agent.  The theory, hence, explicitly links together the social construction of the threat with the socially-acceptable governance or policy measures.  Given this link between “threat design” and “threat management”, it is rather weird that the analysis of security governance in Europe has not engaged with securitization theory to explain how security comes to be defined in the social integration among different actors. This paper looks at the main finding of a collective work on the EU as a collective securitization actor in several issue areas and draws conclusions as far as the theory of collective securitization is concerned and as far as security governance in Europe is concerned.

Tags: EU and global justice
E-mail this page
>
International conferences > Lucarelli on the EU as a securitizing agent
Fb Twcontact@globus.uio.no