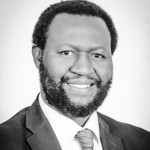 William Gumede teaches political economy and development at the Wits School of Governance. He is also a well-known known author and political and economic commentator in South Africa and internationally. He is the best-selling author of several books including Thabo Mbeki & the Battle for the Soul of the ANC (Zebra, 2005) and The Poverty of Ideas: South African Democracy and the Retreat of the Intellectuals (Jacana Media, 2009).