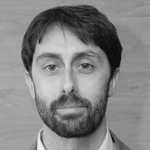 His research focuses on EU democracy promotion, EU neighbourhood, NATO and political demography. Among his publications are 'Europe's “Depopul-ageing” Bomb?' (with M. Ceccorulli and S. Lucarelli) in Global Affairs (2015) and 'The European Endowment for Democracy and Democracy Promotion in the EU Neighbourhood' in The International Spectator (2014).