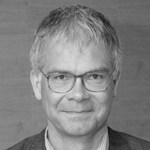 Thomas Diez is Professor of Political Science and International Relations at the Institute of Political Science, University of Tübingen. He holds a PhD from the University of Mannheim, which he wrote about the European policy of Great Britain. Diez is best known for his contributions to the debate on the EU’s normative power. His main research interests include the role of the EU as an actor in world politics and impact of European integration on the transformation of border conflicts. In September 2009, Diez was awarded the Anna-Lindh Award by three major European foundations for his outstanding contribution to the analysis of European foreign policy.

Among his key publications are A Different Kind of Power? The EU’s Role in International Politics (Idebate Press, 2014), European Integration Theory (Oxford University Press, 2004, with Antje Wiener), and The Securitisation of Climate Change: Actors. Processes and Consequences (Routledge, 2016, with Franz von Lucke and Zehra Wellmann).