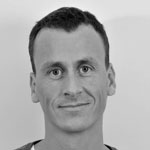 Geir Kværk is administrative Project Manager of GLOBUS and Research Advisor at ARENA. He is responsible for supporting the GLOBUS coordinator and partners in all administrative, financial, contractual and legal matters.

Kværk holds a master's degree in political science from the University of Oslo, where the subject of his thesis was the involvement of civil society in the EU's Charter Convention. His undergraduate degree includes studies in French and the history and politics of Western Europe and North America.