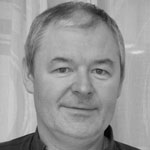 John Erik Fossum is Professor at ARENA Centre for European Studies. Fossum holds a PhD in Political Science from the University of British Colombia, Canada. His fields of research include democracy, constitutionalism, federalism, Europeanisation and transformation of the nation-state, with special focus on the EU and Canada.

He has authored or co-edited 14 books, several journal special issues, and numerous articles and book chapters. Recent books include The European Union’s Non-Members: Independence under hegemony? (Routledge, 2015) and Rethinking Democracy and the European Union (Routledge, 2012), both co-edited with E.O Eriksen, and The Constitution’s Gift: A Constitutional Theory for the European Union (Rowman & Littlefield, 2011). Fossum is co-editor of the Routledge series on Democratizing Europe, Head of the European Community Studies Association (ECSA) Norway and vice-president and former president of the Nordic Association for Canadian Studies (NACS).