This seminar gathered GLOBUS researchers to discuss conceptual and methodological challenges to the study of trade, development and global justice. The International Criminal Court and Accountability in Africa

Recently, there have been calls from several African leaders to withdraw from the International Criminal Court (ICC), but such actions will only result in fewer options for ordinary citizens to hold their leaders and governments accountable, writes GLOBUS researcher William Gumede, Associate Professor at University of the Witwatersrand and Chairperson of the Democracy Works Foundation. Norm collision in the EU's external policies. The case of EU sanctions towards Rwanda

In this article in Cooperation and Conflict, Johanne Døhlie Saltnes argues that the European Union chose not to sanction Rwanda because of concerns over the negative impact of sanctions on the social and economic conditions in the country. 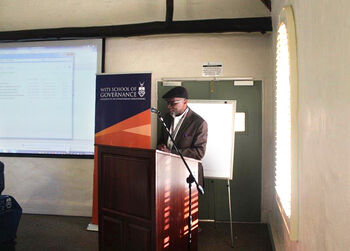 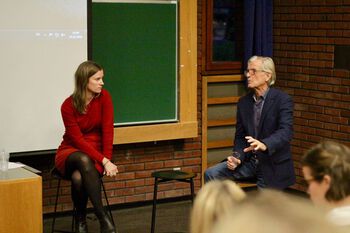 Johanne Døhlie Saltnes from ARENA spoke to bachelor students at the University of Oslo on EU development policy as well as possible consequences of Brexit for the global south. The EU’s common development policy is up for review. The negotiations taking place in the next 12 months will be crucial to the future of the EU’s development policy. GLOBUS researcher Johanne Døhlie Saltnes writes on what is expected to be the main point of contestation, namely how to link development and poverty eradication with sustainability, migration and security.